Questions Answered: How do I store information that consists of multiple related elements? How can I refer to such a collection of elements from multiple locations within a program?

Topics: The basics of using collections in general and buffers in particular. References.

What Will I Do? Program in the REPL and read.

Rough Estimate of Workload:? About an hour. 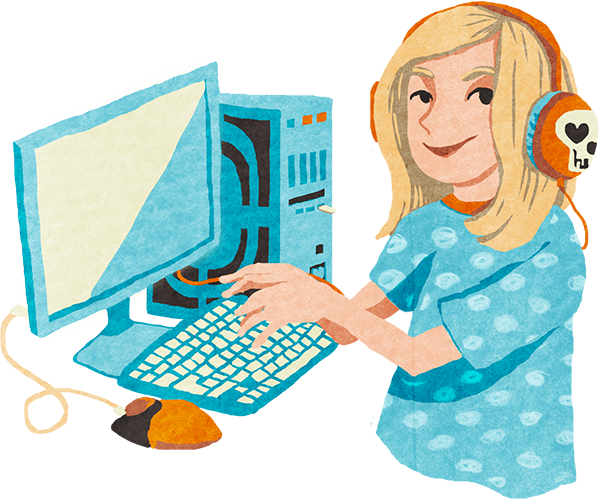 Most computer programs manipulate numerous granules of information that are related to each other in some way. For instance, a program might need to keep track of multiple scientific measurements, multiple hotel experiences recorded by the user, multiple friends of the user, or multiple students enrolled in a course.

For such purposes, we use collections (kokoelma). A collection can contain, for instance, all the friends of a particular user or a sequence of measurements. A value stored in a collection is called an element (alkio) of the collection; an element could be a single measurement, a single experience, or a single person, for example.

One of Scala’s collection types is called the buffer (puskuri). A buffer stores its elements in a specific order. You can add new elements to a buffer, remove elements that were previously added, or replace elements with new ones. Informally, you can think of a buffer as a sort of editable list of items stored in computer memory.

To get started, let’s try creating a buffer that contains four strings as its elements:

As we create a buffer, we provide the elements of the buffer as parameters, enclosing them in round brackets. In this example, the elements are arbitrarily chosen strings. We could have chosen to use some other type as well; the elements could be numbers, for instance. Commas separate the parameter expressions.
The REPL reports that the result is of type Buffer[String]. In Scala, square brackets mark type parameters (tyyppiparametri) that further specify the data type. In our case, the type parameter is String, so what we have here isn’t just any buffer, but a buffer that contains strings. You can read Buffer[String] as “buffer of string”.
A description of the buffer and its elements appears in the REPL. As you can see, the buffer contains the strings in exactly the order in which we passed them to the command that created it.
The REPL further informs us that what we got is an ArrayBuffer: a buffer that is internally implemented using a particular construct (arrays). In Scala, buffers are ArrayBuffers by default, but that’s not something we need to concern ourselves with at this point.

Two more examples of buffer creation are shown below. We have a buffer with two String elements and another with five Doubles.

Note the buffers’ different type parameters, which Scala determines automatically from the elements you put in each buffer.
Side note about this ebook: The REPL reports the buffer’s type thoroughly, prefixing it with a package name as in scala.collection.mutable.Buffer[Double]. For your reading convenience, future examples in this ebook slightly simplify the REPL’s outputs here and there; for instance, you will see simply Buffer[Double] instead of the longer type description. So don’t be flurried if the printouts in the ebook don’t exactly match what you get when you enter the same commands in the actual REPL.

Each of a buffer’s elements is stored at a particular location within the buffer; each such location is identified by its running number, called an index (indeksi). When we manipulate buffers, we often use indices to target specific elements.

Let’s try examining, modifying, and adding elements. To begin with, here’s an example of a variable that refers to a buffer. This variable will be useful for accessing the collection after it’s been created.

Here’s how you can access the value stored at a particular index. First indicate the buffer that you wish to examine, then put the desired index in round brackets:

Notice that indices start from zero! The above expression accesses the first element of the buffer.

You can use expressions like the one above in many ways. For instance, you can access a buffer element and assign that value to a variable. In the example below, the buffer’s fourth element (that is, the value at index three) is assigned to the variable fourthNumber:

You can replace an element with a new value by adding an equals sign. In this example, the fourth element in the buffer is replaced by the number one:

That command does not in itself produce any value of interest. It just instructs the computer to modify the buffer’s contents and doesn’t evaluate to a value in itself. This is why the REPL stays silent. However, we can request the value of the variable and see that the fourth element has indeed changed in the computer’s memory:

This change affected only the buffer, not the variable that we used earlier to store the old value:

The operator += adds a new element at the end of the buffer. This means that the buffer’s size goes up.

Using a buffer is very similar to using a variable, with the addition that we need indices to target specific elements. In a sense, a buffer is like a numbered list of var variables. Speaking of which: notice that the variable we used to refer to the buffer above was a val. This doesn’t prevent us from modifying the buffer’s contents but it does prevent us from reassigning to the numbers variable and making it point to another buffer.

It’s often useful to create a buffer that contains no elements yet. For instance, when the GoodStuff application launches, there are initially no recorded experiences even though they may be added later.

The following doesn’t quite accomplish what we want:

That command did make us a new empty buffer, but empty it will remain. The computer doesn’t know what we’re planning to store in the buffer, and the Scala toolkit determines the buffer’s type to be Buffer[Nothing]. Such a buffer won’t bring us any joy, since we can’t add anything to it.

We can, however, tell the computer what kind of buffer we want to create. Let’s try creating an empty buffer that can be subsequently used store strings. The type parameter — String in this case — goes in square brackets just like you already saw in REPL outputs:

We can now add strings to this buffer:

Actually, you’re allowed to type in the type parameter whenever you create a buffer, even where it’s not necessary. This works, too:

We could have omitted the type parameter [Int] because the Scala toolkit figures out that we want a Buffer[Int] from the expressions 2, -1, and 10, which determine the buffer’s initial elements.

Chapter 1.4 said that a variable stores just a single value. But didn’t we just have a buffer variable that contained multiple values?

Sort of, but not really.

As we take a look at this question, you’ll get to know the concept of reference (viittaus). Eventually, it will turn out that this concept has a significance in programming that extends well beyond buffers.

Did you notice that test is the name of a variable, not the name of a buffer? (Buffers don’t have names.) This fact will be important momentarily.

References have a concrete impact on how programs work. Take a look at another animation.

On References and This Chapter

There is a myriad of things that you can do with buffers and other kinds of collections. We have hardly scratched the surface. You’ll see many examples of collections in the chapters that follow; as we already suggested, the experience categories in the GoodStuff application will be one such example. We’ll be storing many different kinds of values in collections, not just individual numbers or strings.

You can expect the concept of reference to come up time and again. We’ll use references to point at many other things than buffers, too.

Beginners often find references a hard concept to grasp. One of the reasons is language. When we humans talk or write about programming, we often take “shortcuts”. It’s rare for us to say that “the variable numbers contains a reference to a buffer”; instead, we often say “the variable numbers contains a buffer” or something similarly imprecise. We may also speak of a “numbers buffer” even though the variable really contains only a reference and numbers is the name of a variable, not of a buffer. (As you’ve seen, multiple differently named variables can store a reference to the same buffer.) Speaking simply and imprecisely is natural and convenient, and we don’t need to strictly avoid it, but if we are to write programs that work, we do need to understand what the words really mean.

... to be precise, the values of many standard Scala data types — including Strings — are “at the ends of references” just like you’ve seen buffers to be. We didn’t bring this up before, and the animated diagrams in this ebook generally don’t display references when it comes to certain common data types. But here’s one animation that is more “truthful” (detailed) than the earlier animations that featured strings, even if that truthfulness makes the animation a bit more cumbersome:

Generally, it’s more convenient to think in simplified terms. For example, we may think of the string “cat” itself as being stored in a variable (as in earlier animations) rather than the variable referring to another memory location that contains the string (as above). We’ll continue use the simplified representation in later animations.

The above simplification is “safe” for the String data type and won’t lead us to reason erroneously about program behavior because — unlike a buffer — a string value never changes internally. Even when we combine a string with another, like in the preceding example, we don’t modify the existing strings but create a new string. That’s something we’ll return to in Chapters 5.2 and 10.2.