Skip main navigation
A+ will have a maintenance break for a version upgrade on Thursday October 28th 2021, starting at 8:00 A.M. The site will not be available during the break. The break is expected to last for two hours, but site will be available as soon as the upgrade is complete. More information.
This course has already ended. 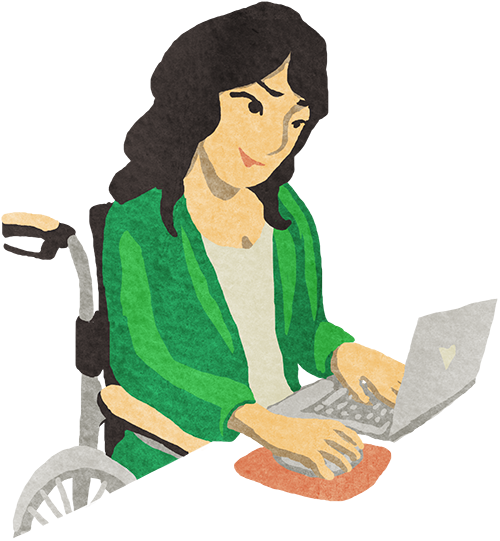 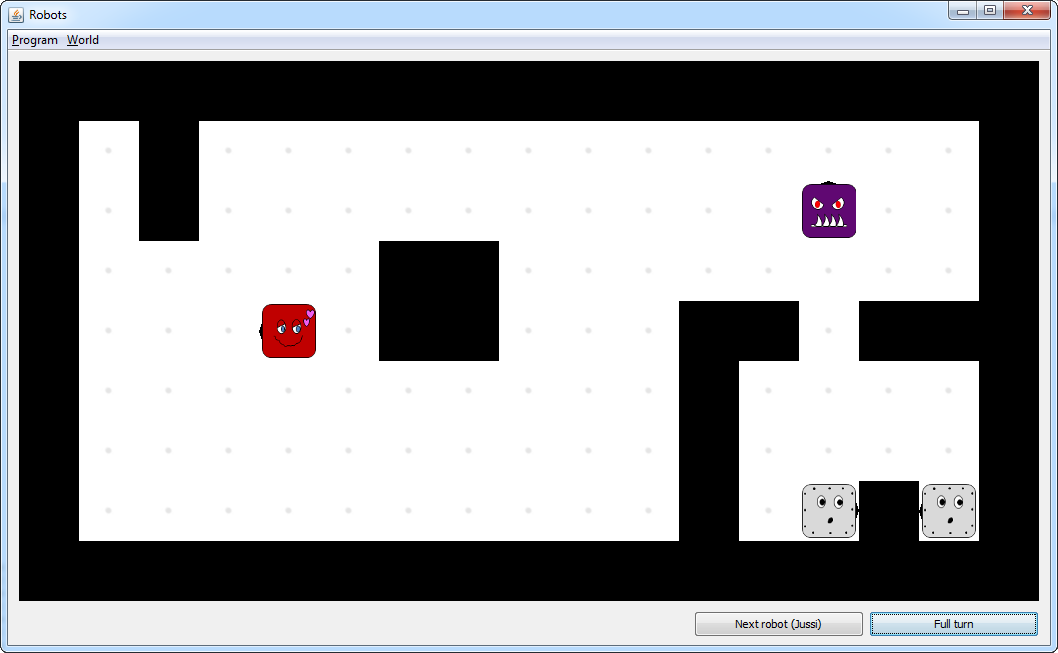 The assignment has been broken down in eight parts. The first two are in this chapter; the rest are in Chapters 8.2 and 8.3.

Before we get started in earnest, let’s form an overview of the project that you’ll be working on.

The Robots project contains two packages. The classes in o1.robots constitute the robot simulator’s internal model; o1.robots.gui provides a user interface. The user interface is ready for use as given and we won’t discuss it further here.

We’ll build the simulator on the same Grid class that you used in Chapter 7.4.

Part 0 of 8: Answer Some Questions

Try to get a general sense of the Robots project by reading the description above and the Scaladocs. Browse the source code, too.

Part 1 of 8: Fundamental Repairs to RobotWorld

You’ve been given a whole bunch of code, much of which works in principle, but the program is not ready to run. Eclipse spews a stream of errors.

Use this form to submit your solution to Parts 1 and 2.

The assignment continues in upcoming chapters.