Questions Answered: What will my own text adventure be like?

Topics: Practice on designing a program independently. Explore other programming topics as you choose. You can practice on pretty much any topic covered so far in O1 or even something we haven’t covered.

What Will I Do? Program. Make design decisions about which sort of program to create and how.

Rough Estimate of Workload:? Even though you can work from the given starter code, deciding on your goals, refining them, and coming up with the needed solutions can be very difficult for a beginner. Even if you happen to be a seasoned programmer already, you can turn up the difficulty for a greater challenge. The length of the assignment depends on your own ambitions, but this will be the most time-consuming program in O1 for nearly all students. We recommend that you reserve an absolute minimum of 10 hours, and preferably at least 15. There’s no upper limit — you can sink weeks into this if you’re so inclined. 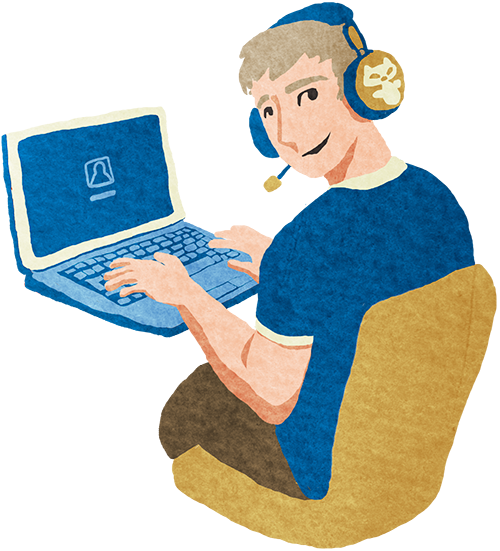 Forget about the forest, the remote, the batteries, and the other elements of the given game world and write a new text adventure game. Use any elements you like. Let your hair down and create!

Here are some ideas that you can develop further if you like. But feel free to ignore this list and come up with something entirely of your own instead.

The game should have:

Within the Adventure module you submit, you should also include:

O1’s teaching assistants will manually assign a mark to your game.

The game does not need to be a mind-blowing spectacle for you to the full points. For that, it’s enough that you submit a reasonably high-quality program that works and fulfills the listed requirements.

Your code will be read by a human, so write clearly. Remember O1’s style guide. You don’t need to obey that guide or any other specific set of guidelines slavishly; the important thing is that you get the basics right so that an unknown person can read your code with reasonable effort. Indent your code, pick sensible names for variables, and so forth. If your code is very hard to read, you’re unlikely to score full marks.

You aren’t required to write comments in your code, but you may do so at your own discretion.

The size of the game is not a significant factor in grading. Although a larger game world may result in a more interesting game, adding more areas merely in the hopes getting more points is not worth it. You can very well score full marks with a small game of just a few well-functioning areas.

The assistants may award additional points at their discretion. You can score them for technical quality but also for interesting and fun details in your game.

We’ll publish the scores two weeks after the deadline, at the latest.

Each of the assistants picks their own favorite among the games in their packet. In making that decision, the assistant may use any criteria, such as entertainment value, originality, or technical aspects. We’ll reward the assistants’ favorite games with movie vouchers and make those games available for other O1 students to see in A+, unless you specifically request that we don’t do that.

If an IntelliJ module depends on the classes in another module, you need to indicate the dependency. If you don’t, your imports from the other module won’t find their target.

Most O1 modules already define such a dependency to O1Library. You can see this in the settings: select File → Project Structure in the menu, then pick one of the earlier modules and open the Dependencies tab on the right. (On a Mac, the menu item is :menu:`IntelliJ IDEA → Preferences.)

As given, Adventure is an independent module. If you want to use O1Library in your game, find the above setting and click the plus icon on the very right and select Module Dependency when prompted.

This assignment cannot be submitted for auto-grading via IntelliJ’s A+ Courses plugin. Instead, package your program as per the instructions below and submit it via the browser.

If you don’t use IntelliJ

There are a few students in O1 who prefer to use programming tools other than IntelliJ. If you’re one of them, read the instructions for IntelliJ in this section and use whichever other tools you prefer for creating a similar zip file.

The zip file should contain a folder that holds your program’s Scala source code, a compiled, runnable version of the program as .class files, and the other files mentioned above on this page.

In the readme file, explain that this is not an IntelliJ module and include clear instructions for the teaching assistant to launch your game.

Submitting your program for marking

If you did the assignment with a pair, please make sure you’ve selected a pair submission in A+. Only one member of the pair should submit the assignment!

Great work! Because this message is prerecorded, any observations regarding your performance are speculation on our part. Please disregard any undeserved compliments.

This chapter draws inspiration from classic adventure games by Infocom and the work of David Barnes and Michael Kölling.