Rough Estimate of Workload:? Four hours? Five? Six? There actually isn’t all that much code to write, but it will take time to understand the program. 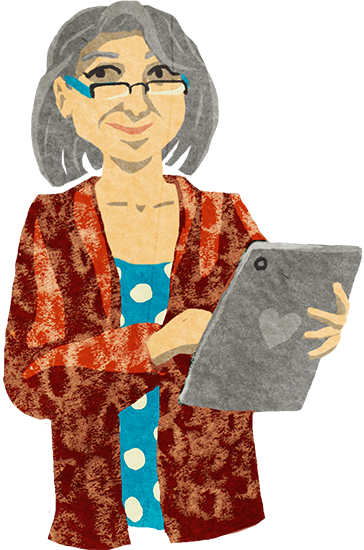 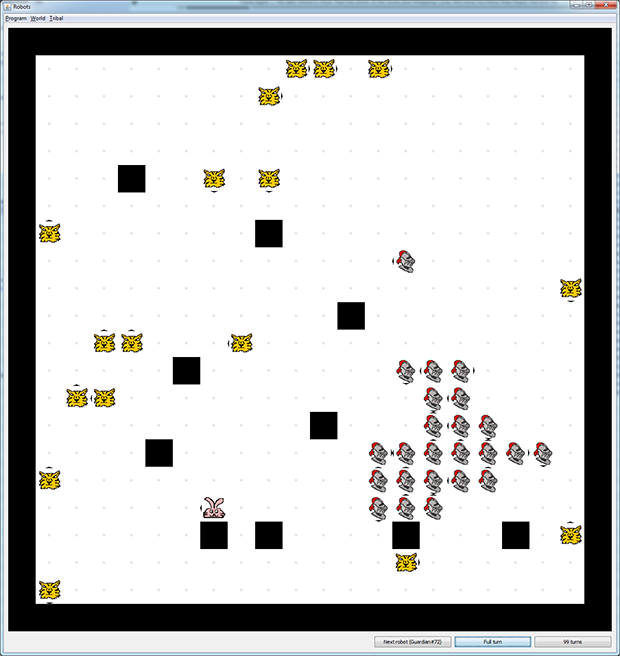 The Scala app in module RobotTribes reads in RoboSpeak programs from text files, interprets the RoboSpeak instructions therein, stores the instructions in memory as Scala objects, and directs tribal robots accordingly. You can define new tribes simply by writing new files of RoboSpeak; you don’t need to touch the Scala code for that.

This chapter revolves around the RobotTribes module. Once again, we’re going to give you a program that almost works but is missing some crucial pieces. The chapter comprises a programming assignment in several parts, in which you’ll add those pieces.

About the Robots module

The RobotTribes module depends on the Robots module of Chapters 8.1, 8.2, and 8.3. If you don’t know it from Week 8, go back there and read up on the module. You’ll need it here.

The TribalBots module comes with a Frame class, which represents simple call-stack frames. Take a look.

Read the example below, which introduces you to Scala’s Stack class. Of course, you can also experiment with it on your own in the REPL.