Questions Answered: Are classes objects? Are objects classes? Is a function an object or is an object a function? Can I keep my head together?

What Will I Do? Read, mostly.

Rough Estimate of Workload:? Just half an hour, maybe? 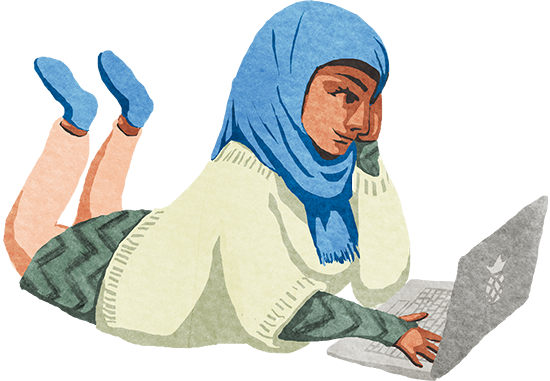 In this relatively short chapter, we’ll continue to study just how ubiquitous objects are in Scala programs.

Let’s begin with this example code:

The answers to these questions are intertwined. In part, they are specific to the Scala language. Let’s start untwining.

An object “as a function”

So what’s going on in myVector(index)? The answer lies in how the Scala language assigns a special meaning to the name apply.

An expression where an object reference is directly followed by parameters in round brackets is interpreted as a call to the object’s apply method. For instance, myVector(index) is an abbreviated form of the actual command myVector.apply(index).

The same works for Strings: "llama".apply(3) and "llama"(3) both mean the same thing and return the character m.

In fact, this is a general rule that doesn’t require vectors, strings, or any other specific type. If an object — any object — has a method named apply, then that method serves as a “default method” for that object: if you leave out the dot and the name, the object runs the default method.

Another way to think about it is that an apply method lets you use an object “as though it was a function”. Bear in mind, though, that calling myObject(params) actually instructs the object to run its apply method, not to run the entire object in some more generic sense. An object is not actually a function; this is just a shorthand for a method call.

The apply methods on different classes do different things. The example you already saw is the apply on vectors, strings, and other collections in the Scala API. The API creators have deemed it convenient that we can access an element in a collection by writing simply myCollection(index), so they’ve named that method apply.

You can write an apply method on any class or singleton object. As you do so, you’re free to choose what parameters the method takes and how it behaves. Here’s a simple example:

In O1, you generally won’t need to write apply methods of your own. Even so, it’s good to be aware of the concept so that you know what’s going on when you use vectors and strings and the like. This knowledge can also help you decipher error messages.

Companion Objects, or “Classes as Objects”

Let’s turn to another subject, during which apply will resurface.

Say we’re creating a class Customer and intend to number the class’s instances so that every instance is associated with a unique positive integer number.

The pseudocode below outlines a solution that resembles how many beginner programmers first attempt to solve this problem.

Here is a Scala equivalent of the pseudocode:

However, when we use this class, it doesn’t do what we intended. Consider the code and the following animation of its execution to figure out what the problem is.

Attributes at the class level

Since Chapter 2.3, we’ve been fostering the idea that a class describes the data type of a particular sort of objects. A class defines the attributes that its instances have; each object has its own copies of the instance variables defined on the class. Which is precisely why our attempt at numbering the customers failed.

Sometimes, we want to associate attributes or operations with the general concept that a class represents. That is, we want to attach a variable or a function to the class itself rather than every instance of the class separately. Our customer counter is just such a variable: although each customer instance has its own number, the total number of instances is not an attribute of any of the individual instances but the class as a whole.

We’d like to manipulate the class as if it, too, was an object — not one of the customer objects but an object that represents the general concept of customer and that provides the single counter variable we need.

In Scala, a class is not actually an object as such and cannot be used quite as illustrated above. What we can do instead is give the class a “friend” that is an object and enables us to implement the above algorithm.

Here is a version of the program that works:

In addition to the class Customer we define a companion object (kumppaniolio) for the class. A companion object is a singleton object that has been given precisely the same name as a class and that is defined in the same file with that class.

Nearly all the singleton objects that you’ve seen in O1 so far have been standalone objects.

For an additional example of a companion object, take a look at StarCoords.scala in the Stars module.

Methods in a companion object

Now we can write Customer.printCount() to print out the report.

The type of a companion

As noted, a companion object isn’t an instance of the class whose companion it is and doesn’t have the data type defined by that class.

Like other singleton objects (Chapter 2.3), each companion object has its own data type that isn’t shared by any other object. The REPL session below illustrates the difference between the types of Customer instances and the Customer companion object.

To readers who have previously programmed in Java or related languages: the variables and methods that are defined as static in those languages tend to be defined in singleton objects (and companion objects especially) in Scala. In Scala, you have no need for (and the language does not provide) a static modifier, since everything is done with objects.

An instance counter for a class is a classic introductory example that serves to clarify the basic concept of a companion object. Here are some other uses for companion objects that are more common in practice:

Let’s add another method, createNew, to our Customer companion:

We can now write, say, Customer.createNew("Sasha") to obtain a new customer object just as if we had written new Customer("Sasha").

The StarCoords companion object has a factory method called fromPercentages. Take a look if you feel like it.

Such a method is called a factory method (tehdasmetodi). Its job is simply to generate and return a new object.

Note that we defined the factory method on the Customer companion object, not the Customer class, because creating a new customer is not an operation on existing customer objects.

Let’s edit our factory method a bit and name it apply instead:

Given what we know about the special method name apply, we can now create new customer instances with Customer("Sasha"), omitting the new operator. This is a shorthand for Customer.apply("Sasha").

Many factory methods in Scala programs have been given the name apply so that it’s simple to create instances.

When programming in Scala, you can hardly avoid using factory methods even if you don’t write any yourself. Indeed, you have already used them, and it’s good to be aware of the fact.

For example, you have created Vector objects by writing Vector(4, 10, 2) and the like without new. That’s short for Vector.apply(4, 10, 2), which calls the apply method on class Vector’s companion object. That apply is a factory method that constructs and returns a vector object. Actually, you can’t even create a vector with new Vector(4, 10, 2), because the vector class doesn’t define such an operation.

Here are some more factory methods that you’ve already encountered:

Whether you use a factory method or new to create instances of a particular class depends on how that class has been defined and which factory methods, if any, are available. In O1, you don’t need to decide when to implement a factory method; to the extent that we’ll use them, they’ll be introduced by the ebook or the Scaladocs.

Why write a factory method?

Perhaps you’re thinking: That’s nice and all, but what is the big deal about factory methods? Wouldn’t it be enough to just create all instances with new as usual?

As far as our Customer example is concerned, fair enough. Now that we wrote the factory method, we can leave out new as we create customer objects, which, some would argue, is enough to justify the method. But the overall benefits are certainly marginal in this case.

So why are factory methods common in the Scala API and elsewhere?

Disappointingly, we haven’t covered enough ground in O1 to discuss the rationale behind factory methods in depth. We can point up the main goal, though. It is flexibility. Compare:

The spring course Programming Studio 2 has more to say about why factory methods make sense.